Brazzil: Brazil’s Atlantic Forest Will See More Changes in Five Decades than in the Last 21,000 Years 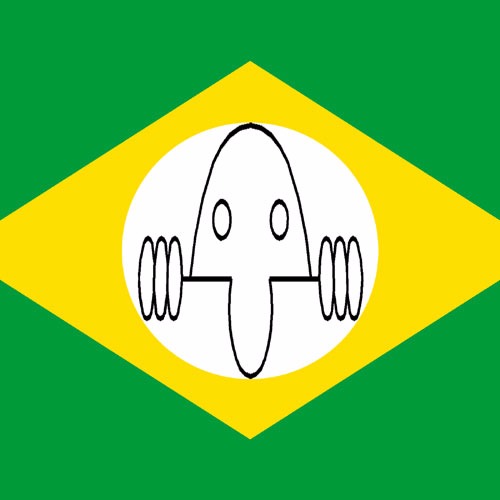 Brazzil: Brazil’s Atlantic Forest Will See More Changes in Five Decades than in the Last 21,000 Years

Brazil’s Atlantic Forest is one of the most biologically diverse places on Earth. Roughly one in every 50 species of plant and vertebrate land animal lives there and nowhere else.

Stretching for 3,000 km along much of Brazil’s coast and inland as far as Argentina and Paraguay, its incredible diversity comes from a mosaic of different ecosystems, including natural grasslands, tropical rainforests, ancient forests adapted to wintry chills, misty mountainous “cloud forests” and more.

But its eye-watering richness of life is in grave danger: the biome has been shattered by several centuries of deforestation and habitat change. Now, the upheavals we’re causing in Earth’s climate systems threaten, within decades, to bring greater disruption to Atlantic Forest ecosystems than any natural changes have for many thousands of years.

Already, only fragments of the Atlantic Forest remain. Just a quarter of the remaining forest area is more than 250 meters from open land – that’s a three-minute walk, on pavement. Well over 80% of its natural vegetation has been destroyed since Europeans arrived in Brazil, and some Atlantic Forest ecosystems have a 50-50 chance of collapsing within 50 years.

Global heating adds another threat. Earth’s climate has always changed, but disruptions this century are likely to be bigger and happen faster than anything humankind has previously experienced.

Higher temperatures and more variable rainfall will be a particular challenge in the south of the Atlantic Forest, where ecosystems comprise a delicate balance of species – some from the warm tropics, others adapted to freezing winters, but almost all dependent on constant moisture.

Studying the Past to Predict the Future

How will 21st-century climate change affect the southern Atlantic Forest? I’ve been working with colleagues in the UK, Sweden and Brazil to find out, and to put the next half-century of changes in 21,000 years’ worth of context.

Looking into the past may seem like a surprising choice, but it provides the best – perhaps the only – concrete data we have on how living things react to major climate changes.

Over the past 21,000 years, the quirks in Earth’s orbit took our planet from the peak of the last ice age to the warmer Holocene period. If we can find echoes of future conditions in millennia gone by, and unravel how species and ecosystems responded to them, we can improve our predictions of what the future might bring.

To do this, our study brought together reconstructions and projections of past and future climates, data on 30 key forest and grassland species, and several dozen sites where past climate and vegetation changes have been recorded (like fossil pollen buried in layers of bog mud). What we found is profoundly worrying.

As you would expect, our data showed that southern Brazil has been gradually warming since the last ice age. Almost the entire region had a similar kind of climate to today’s highland areas 21,000 years ago – temperate with warm summers – but that climate zone has receded over time, with the lowlands switching to a hotter climate type. Meanwhile, a tropical rainforest climate zone remained confined to the region’s northern coast, ebbing and flowing over the years.

However, without checks on carbon emissions, each climate type will change more in the next 50 years than in any of the past 3,000-year periods we looked at. Increasing global temperatures will see the hotter lowland climate type expand further and faster than it has in millennia.

Huge expansions of tropical rainforest climate could see it emerge in areas it hasn’t been since before the last ice age. And, driven out of areas they’ve occupied since the start of our study, the cooler highland conditions will shrink to their smallest extent for well over 21,000 years.

But what will these drastic climate changes mean for the Atlantic Forest itself? One thing is for sure, they won’t be straightforward. Species and ecosystems change in messy ways through time. Ecological surprises are common, especially when the climate is most unlike that of the present – species can unexpectedly thrive in conditions they currently avoid, or they can form groups unlike any we know today.

Our study found plenty of evidence for shifts in the composition of southern Atlantic Forest ecosystems over time, as well as two periods with large expanses of odd and unexpected plant communities. These occur at the times of greatest climatic change. The first happened around 12,000 years ago, as the world left the last glacial period and entered the warmer Holocene. The second could take place within my lifetime.

By the 2070s, land across the north and east of our study region could lose cold-adapted species it has hosted for 21,000 years or more – like the ancient, iconic Araucaria tree, a living fossil – to be replaced by more warm-tolerant tropical trees in a grouping that’s rare in the present.

Our models suggest that over 100,000km² of the southern Atlantic Forest would experience greater climate-driven change to its species composition in a high-emissions 21st century than it has at any other point in the past 21,000 years. Worryingly, we found hints that these changes might already be underway, with warm-adapted plant communities beginning to push their cold-adapted neighbors uphill.

Our study provides a useful way of understanding Brazil’s Atlantic Forest – what’s happened to it before as well as what might happen next. But our results also lay bare the limitations of relying on past scenarios – even across tens of thousands of years – to understand the effects of our radically altered man-made future climate.

Despite the centuries-long battering from deforestation, it seems that the toughest test for southern Brazil’s Atlantic Forest may still lie ahead.

Oliver Wilson is a PhD candidate in Environmental Science at University of Reading, in the United Kingdom.

This article was originally published in The Conversation. Read the original article here: https://theconversation.com/brazils-atlantic-forest-will-change-more-in-the-next-50-years-than-at-any-time-since-the-last-ice-age-164434

The post Brazil’s Atlantic Forest Will See More Changes in Five Decades than in the Last 21,000 Years appeared first on brazzil.